Shigeru Ban, the Japanese architect who won the Pritzker Prize in 2014, recently designed a hotel complex with a dozen rooms – the Shishi-Iwa House opening in Karuizawa. 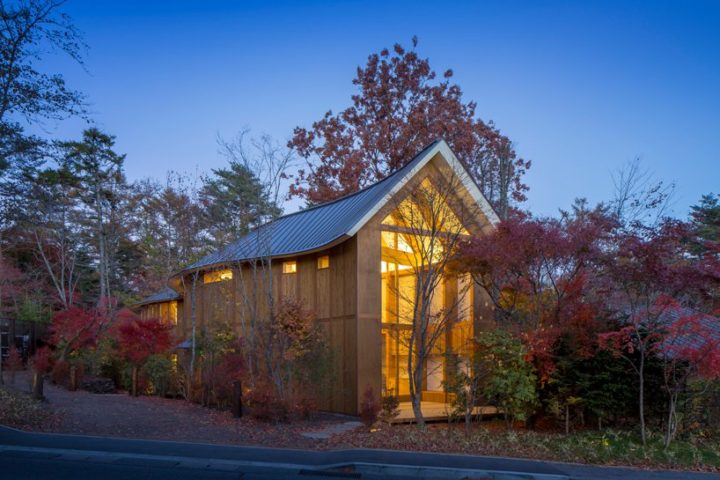 The Shishi-Iwa House adheres to the notion of social hospitality, offering a place of reflection where you can recharge yourself, recharge your batteries while in communion with the surrounding natural environment. The singular volume of this two-story house is smooth and curvilinear. Its corrugated roof seems to follow the movements of the forest.

To have as little impact as possible on the fauna and flora surrounding the house, as many existing trees were preserved as possible. Shigeru Ban has developed an approach to building that respects the forest while offering quality views from the rooms.

Each room has a particular aura, where meditation is encouraged. The rooms on the lower floor open onto a private garden, offering individual access to the outside, while the rooms on the upper floor have a private balcony-terrace. 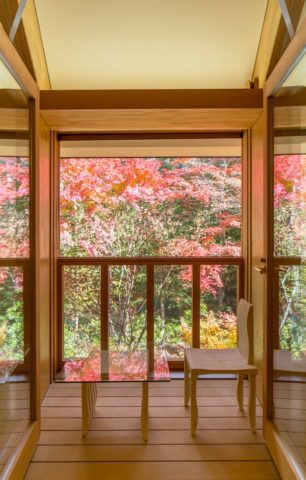 The architect wanted to design a space where everything was well thought-out and in symbiosis. The interior and exterior spaces, the openings of the rooms to nature, the living spaces, the furniture and the manufacturing process, the view and access to the outside—all of this was designed as a whole rather than as separate parts. 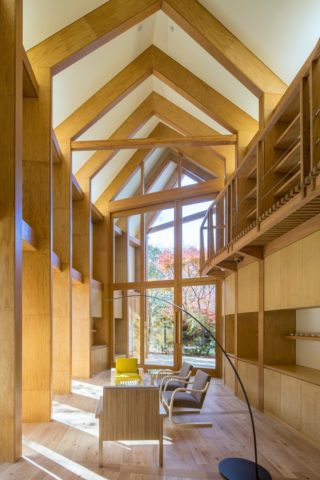 Widely known for its use of cardboard, Shigeru Ban integrates elements of wood and paper tubes into bedrooms and common areas, giving rooms a unique atmosphere. In addition to their own creations, Shigeru Ban has chosen timeless furniture from Alvar Aalto.

Don't miss out on our news, subscribe to our newsletter…

The “Helga and Mike Schmidt Performance Terrace” and the Royal Ontario Museum (ROM) Square were designed by Siamak Hariri from the HPA Architects. These new…

This beautiful villa located in the suburb of Hebei in China is inspired by traditional Chinese houses while being part of modernity. Surrounded by an…

The cherry blossom season in Japan is a very important event. It has also become the emblematic symbol of Japanese culture. It is this phenomenon…